Screening | Aya of Yop City – France-Atlanta – Together Towards Innovation

Critically acclaimed graphic novel meets vibrant animated feature with French-Ivorian author/director Marguerite Abouet’s César-nominated film “Aya of Yop City“, a humorous and intriguing film set in 1970’s Abidjan, Côte d’Ivoire. The animated picture has earned worldwide praise for its representation of relevant social and political topics in West Africa. Published in 2005 as a graphic novel, “Aya in Yop City” smoothly transitioned into animated film in 2013 and is presented as a succession of episodes or vignettes.

In conjunction with November Second Sunday at the High Museum of Art, France-Atlanta presents a free screening of “Aya of Yop City” (with English subtitles), allowing attendees to experience daily life in Côte d’Ivoire through Aya’s eyes. Peppered with humor and drama, the film also features a catchy soundtrack, mixing West African genres with French pop. “Aya of Yop City” is entertaining and informative for mature audiences as it shows the relatable daily life of a young woman from Abidjan. 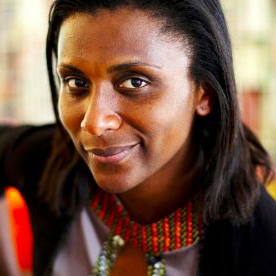