French Design and Graphics – Louis Rigaud – France-Atlanta – Together Towards Innovation

Author and illustrator Louis Rigaud is a graduate from Arts Décoratifs de Strasbourg (Visual Educational Workshop). He has worked as a graphic and multimedia designer since 2009.

Louis Rigaud has created many websites as well as interactive games. His latest game for smartphones, Froog, has already been used by 10,000 people. He also makes animated short-films for the popular French/German show Karambolage, broadcast on Arte. He has also taken part in the making and animation of the ABC’s of Chemistry, a 26 episode-series aired on Arte and Universcience.tv.

With his friend Anouck Boisrobert, he has published three pop-up books published by Helium:  “Popville”, “Dans la forêt du paresseux” and “Océano” and “Liberté”, an animated book published by Flammarion. Louis Rigaud likes to present fun and surprising objects where the interactivity with the reader is constantly questioned. In 2011, with “Tip tap, mon imagier interactif”, they created a game-book combining a book and a screen in a fun and educational way. 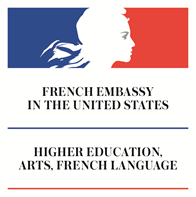