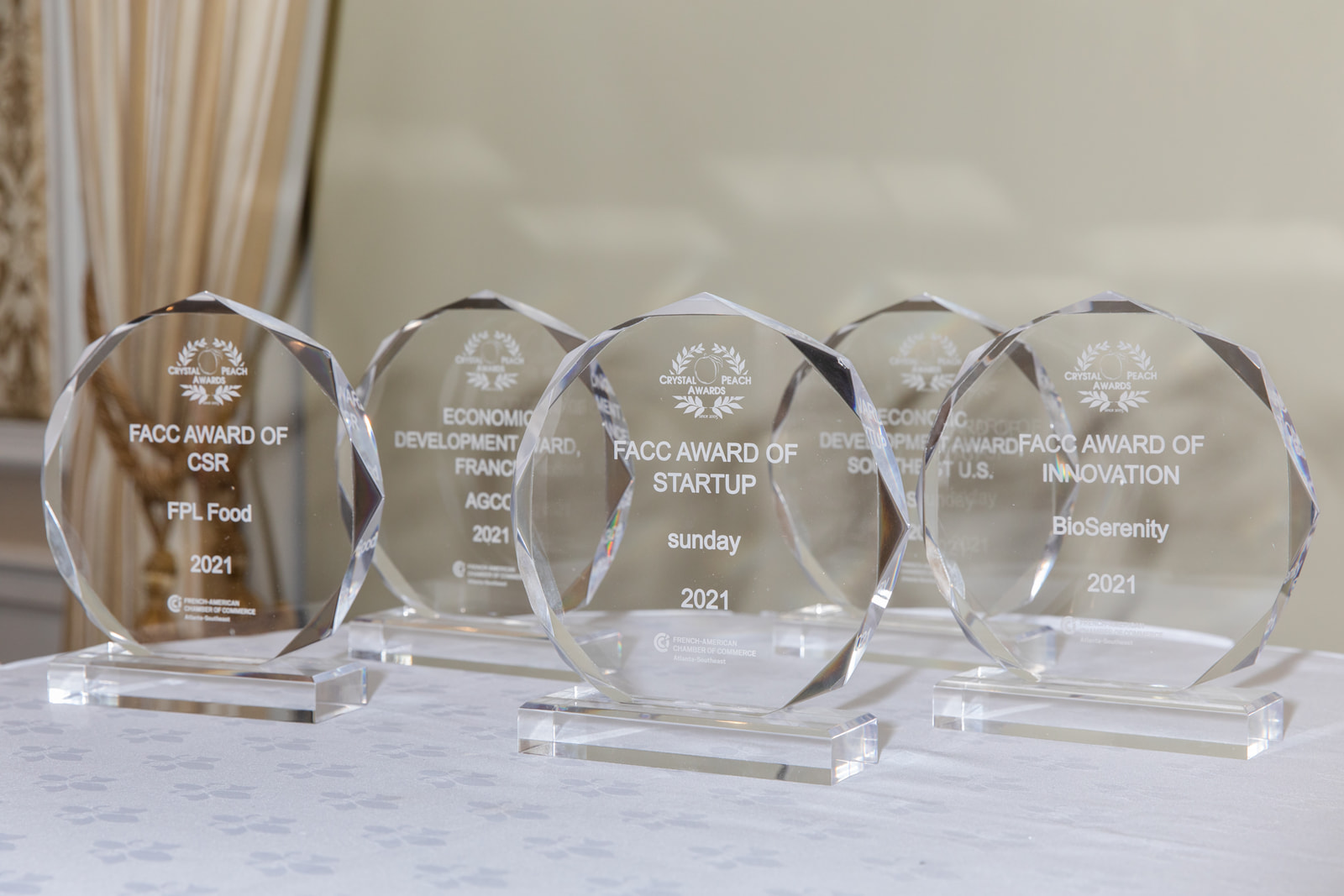 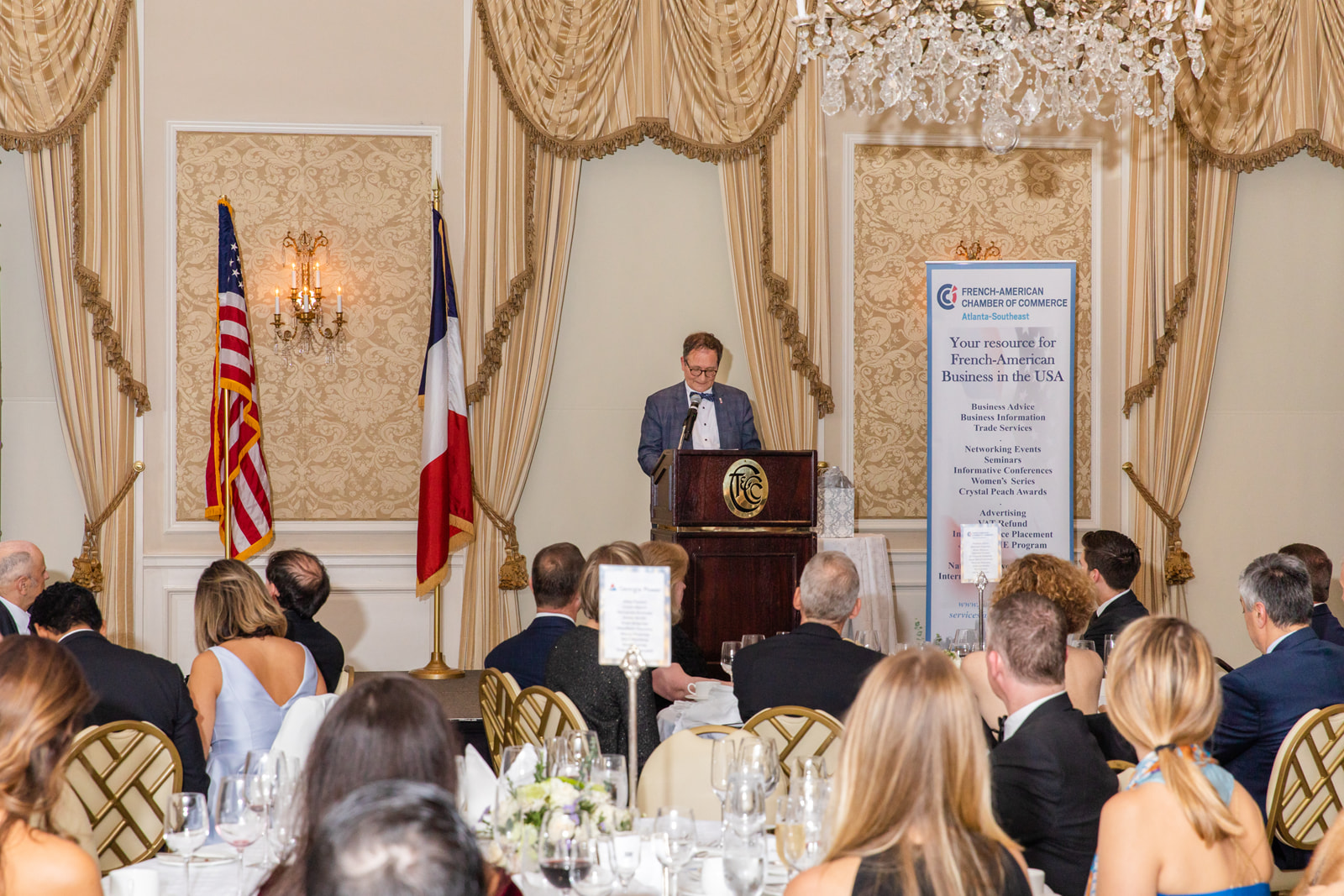 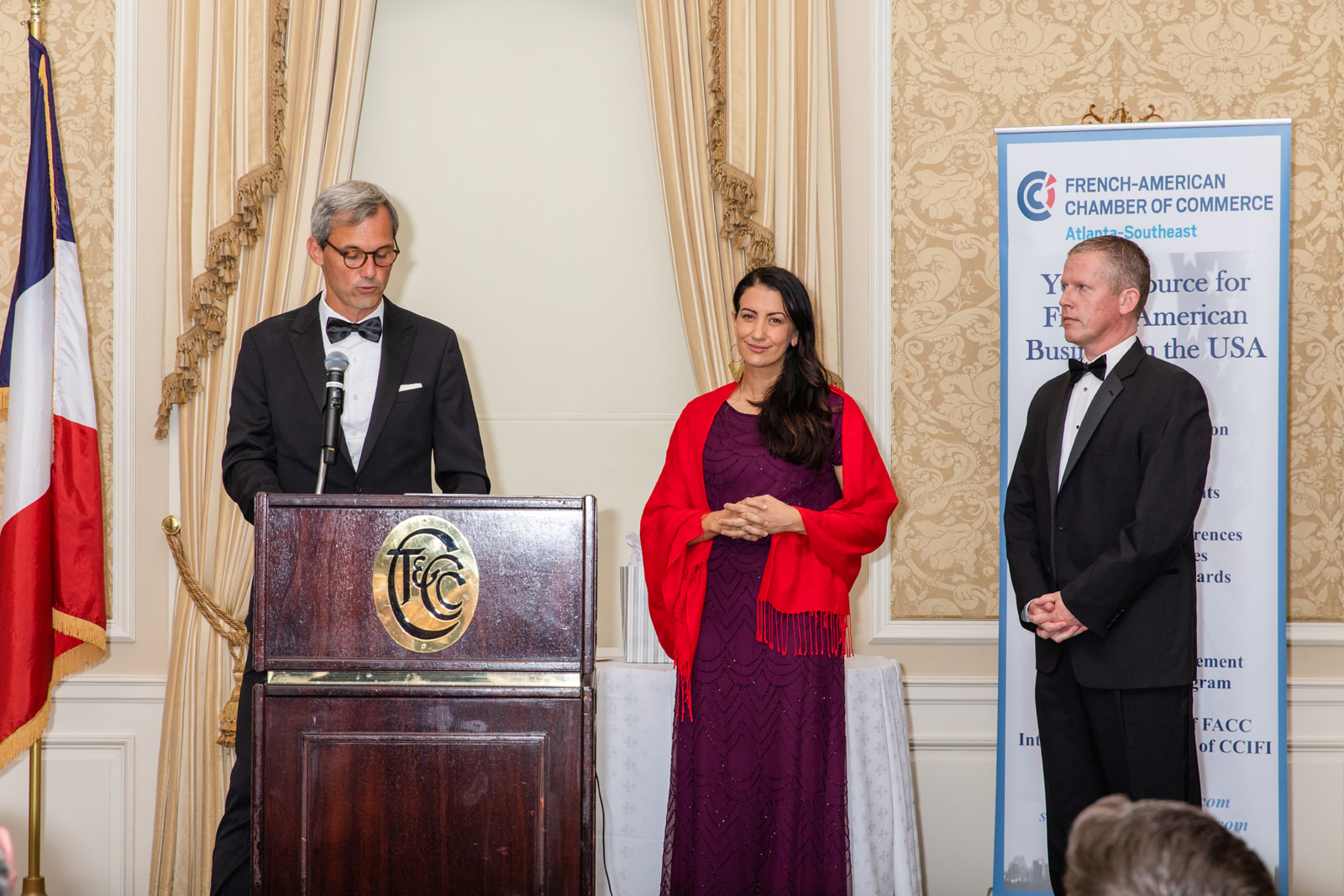 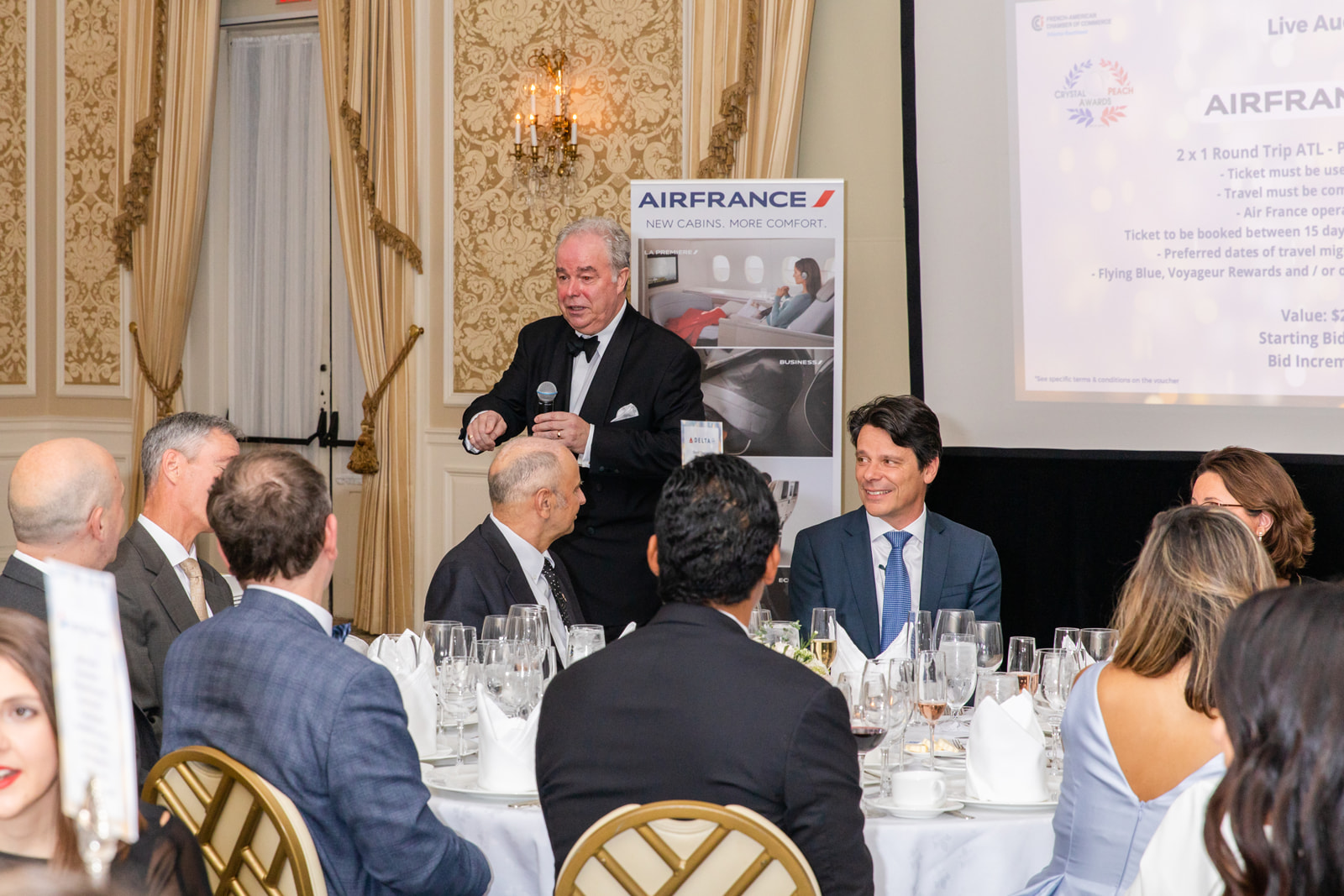 The Crystal Peach Awards Gala is the signature business event of the French-American Chamber of Commerce of Atlanta.

Since 2005, the Crystal Peach Awards have recognized the most significant inbound and outbound investments between France and the Southeastern United States. This year’s event will include an Economic Development Award for achievements in both France and the Southeast, an Innovation Award, a Corporate Social Responsibility Award and a Start-up Award. Members of the French-American Chamber of Commerce of Atlanta will have the privilege of choosing the winner of each category in the weeks preceding the event.

The Gala, which will be the official closing ceremony of the 2021 edition of France-Atlanta, will be attended by over 120 guests, including top-ranked executives of small and large French and American companies as well as journalists and members of the international business community.