An Evening of Contemporary Music with Ensemble Variances and Sonic Generator

At the crossroads of different styles and esthetics, Ensemble Variances’ musical creations blend in space, movement and music performed in various musical formations, usually without a conductor. Described as a “French cross-genre jazz-classical-world music” ensemble, Ensemble Variances – under the direction of founder, composer and pianist Thierry Pécou – consists of outstanding soloists and chamber musicians willing to create music around the unexpected and to experiment with it. In establishing a dialogue with the composer, they allow themselves to be carried away by Pécou’s unique flair and rhythmic touch, and to share his energy – inspired in part by the memory of the swaré bèlè (a folk dance and music from Martinique, where Pécou’s heritage lies).

Ensemble Variances regularly invites international soloists and chamber musicians open to new and unexpected musical experiences to join them. Their performances have taken to the French May Festival in Hong Kong, the Festival Internacional Cervantino in Mexico, the Auditorium in Lyon, the Gasteig in Munich, the Arsenal in Metz, several Opera Houses in France (Aix-en-Provence, Reims, Rouen, Saint-Etienne), among other places. Their CD Tremendum (Harmonia Mundi), a composition of chamber music by Thierry Pécou, has received prestigious recognition, such as the 2012 Diapason d’or (The Diapason d’Or de l’Année is a prestigious award, decided by a jury of critics from Diapason Magazine and broadcasters from France Musique. It is equivalent to the American Grammy Awards). More about Ensemble Variances here. 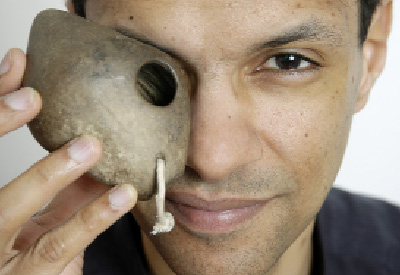 Born in Paris, Thierry Pécou began studying piano at the age of nine and continued at the Conservatoire Supérieur (Paris), where he won First Prizes in Orchestration and Composition. Regularly appointed for residencies around the world, Pécou has made his extensive travel a source of inspiration for his music.

Over the past two decades, Pécou was awarded numerous national and international awards, such a Nomination at the Victoires de la Musique (Cannes) in the “Composer of the Year” category in 2005. Today, he regularly performs his work both as a soloist and as a chamber musician (Les Machines désirantes, piano concerto with Ensemble Variances, Tremendum with the BBC Symphony and with the Orchestre de Colonne). More about Thierry Pécou here. 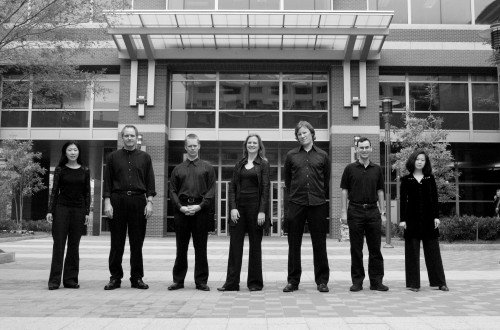 Founded in 2006, Sonic Generator – the hi-tech contemporary chamber music ensemble in-residence at Georgia Tech – showcases innovative   contemporary music by some of the most creative American composers engaged with new technology. Focusing on the ways technology can extend
and transform the timbres and textures of acoustic instruments, Sonic Generator works closely with students and faculty to implement technology in concert and to include new research into live performances. The group has been known to perform with wine glasses, iPhones, comic strips, car speakers, DJs, and a robotic drummer.

Sonic Generator also frequently collaborates with visual artists to create video projections to accompany its performances. The core group of musicians is composed of top Atlanta musicians dedicated to playing repertoire from the twentieth and twenty-first centuries. After performing with France’s Orchestre National de Lorraine at the 2013 France-Atlanta festival, Sonic Generator made its first international appearance with members of the ONL and conductor Jacques Mercier at the Arsenal Concert Hall in Metz, France, in 2014.

This France-Atlanta event was presented with the generous support of our partners and sponsors: