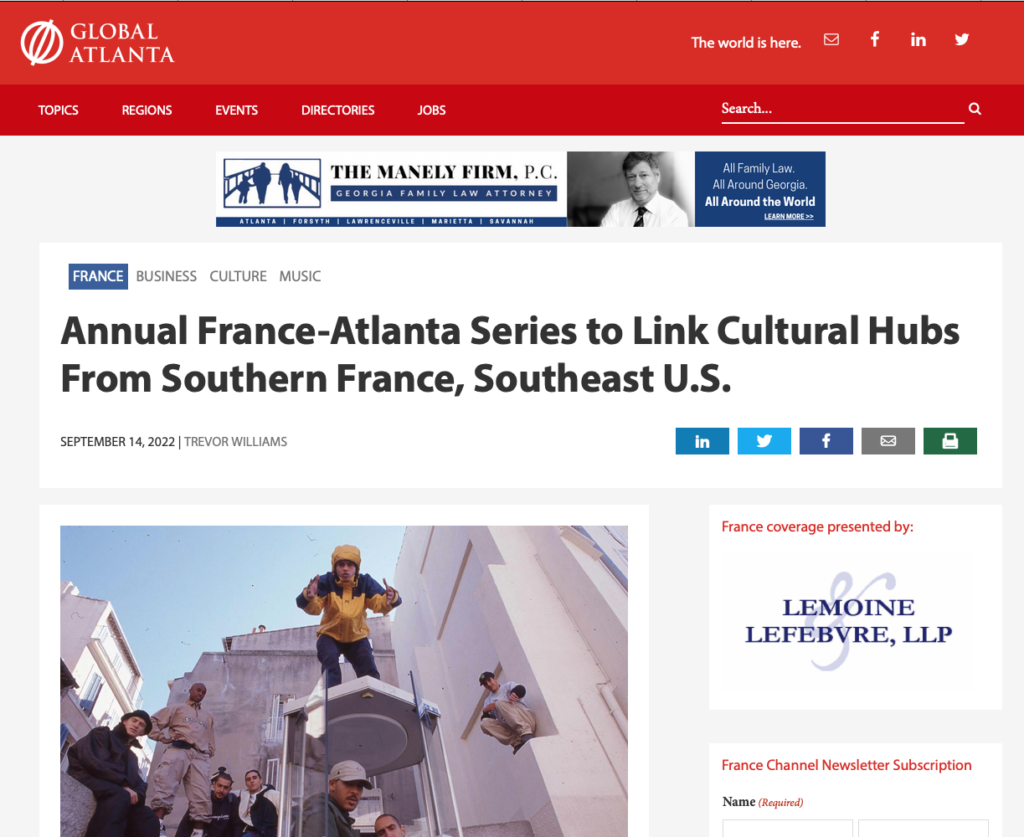 France’s new consul general has touched down in Atlanta just in time to kick off the consulate’s signature annual event series with Georgia Tech.

Anne-Laure Desjonquères becomes the latest diplomat to preside over France-Atlanta, which for the last 13 years has celebrated collaborations between the locales in the areas of science, business, culture and humanitarian affairs.

Underpinning it all is a deep focus on innovation and partnership.

“Every edition of France-Atlanta highlights innovation and exchange. We’re very excited about this year’s program which brings together two major southern cities that have a lot in common, yet have so much to learn from one another: Marseille and Atlanta,” said Ms. Desjonquères in a news release.