The Crystal Peach Awards recognize corporate honorees who exemplify a commitment to economic growth, product excellence and innovation, community involvement and to the expansion of commercial relations between France and the Southeastern United States. 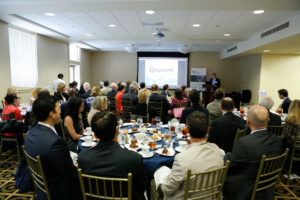 The Atlanta Chapter of the French American Chamber of Commerce (FACC) was pleased to celebrate its 12th annual Crystal Peach Awards ceremony as part of France-Atlanta 2016.  On October 19, members and guests of the FACC were invited to this special luncheon honoring companies that have distinguished themselves in development, innovation, and excellence. This event was also an opportunity to network and celebrate French-American economic relations in the U.S. Southeast.

For the 12th Annual Crystal Peach Awards, the following companies were honored : 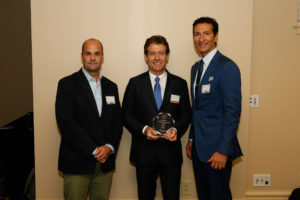 The French American Chamber of Commerce (FACC) – Southeast Chapter is an independent, non-profit, member-funded organization whose mission is to promote, support and enhance business opportunities for its members in Georgia, Alabama, Tennessee and Mississippi.