All Watched Over by Machines of Loving Grace is a 1967 poem by Richard Brautigan that describes the peaceful and harmonious cohabitation of humans and computers. Fifty years later – following the technological revolutions brought about by the internet, big data, cloud computing and deep learning – Brautigan’s vision resonates singularly. It compels us to rethink our interactions with machines, even in regards to the intimate act of artistic creation. In collaboration with its American partners, France’s Institute for Research and Coordination in Acoustics/Music (IRCAM) invites participants to discover some remarkable examples of possible artistic relationships between humans and computers during two seminars featuring researchers and artists who are building this new deal.

This event is organized by IRCAM – the Institute for Research and Coordination in Acoustics/Music – and the STMS lab (The French National Centre for Scientific Research, the Ministry of Culture and Sorbonne University), in collaboration with Georgia Tech’s School of Music, NYU Steinhardt – Music Education, the UC Berkeley Center for New Music and Audio Technologies, and the Atlanta Office of the Cultural Services of the Embassy of France in the United States.

Our opening ceremony will feature a conversation between French Ambassador Philippe Etienne and Georgia Tech... 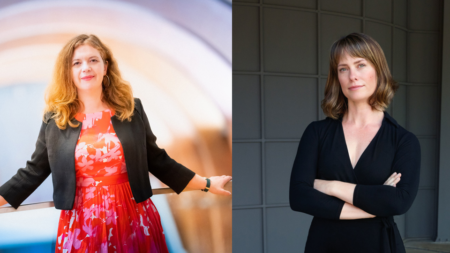 Atlanta Contemporary and Les Abattoirs in Toulouse, France will partner for a dynamic conversation between...