Did you know that the movies Avengers: Endgame and Black Panther, as well as the Walking Dead TV show and many others were filmed in Georgia and supported by local staff?

You may have heard about the Cannes Film Festival, the French film director, screenwriter, and producer Luc Besson and The Artist, the French black & white silent movie for which Jean Dujardin won an Oscar for Best Actor in 2011. But did you know that Assassin’s Creed, Raving Rabbids, Just Dance, Game of Thrones, and other adventures, so familiar to gaming fans all over the globe were created in France? Indeed, France is one of the largest producers of video games in the world.

Are you planning to expand your business in France or Georgia in the film or game industry and wondering about opportunities offered by both regions that could benefit your business? Do you simply want to learn more about what France and Georgia have to offer? Then, this webinar is for you!

During this event, economic and business experts from both regions will provide information on the exponential growth opportunities of the game and film industries on both sides of the Atlantic. The topics covered will include government grant and tax incentive programs, export and investment opportunities, talent pools, incubators, and more. This event will give you the toolkit to succeed in the film and game industries on both sides of the Atlantic and beyond!

This event is co-organized by the French-American Chamber of Commerce – Atlanta, Business France, and the Mayor’s Office of International Affairs of the City of Atlanta.

Part 3: Industry experts will share their insight on the creative industries in France and in Georgia and why both regions should be on the top of your list when thinking about investing and doing business in the film and gaming industries. This discussion will be followed by Q&A.
– Steve Mensch, President, General Manager Studio Operations, Tyler Perry Studios
– Déborah Papiernik, SVP New Business & Strategic Alliances, Ubisoft
– Othman Sassi, Business Development Manager, Plaine Images
– Baptiste Deneufbourg, CEO & Co-Founder, Kalank
– Moderator: Trevor Williams, Managing Editor, Global Atlanta

French-American Chamber of Commerce – Atlanta is a non-profit, non-governmental and member-driven organization founded in 1985. Its mission is to promote, support and facilitate business investments in France and the Southeast United States.

Our opening ceremony featured a conversation on how the U.N. Sustainable Development Goals can encourage... 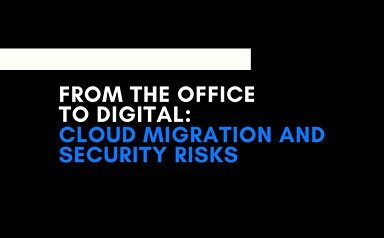