At 29, Noé Soulier is considered one of the most innovative contemporary artists in his field. Both a dancer and a choreographer, he has already showcased his work all around Europe and has brought his work to some of the most unique of spaces, from the contemporary art foundation of Louis Vuitton in Paris to the streets of London, the stages of Vienna, Versailles and more. His experimental and intellectual approach aims to leave the viewer with a sense of intrigue.

Recently appointed Artistic Director of the Centre National de la Chorégraphie in Toulouse, France, Noé Soulier came to Atlanta for a much-anticipated US debut with a special version of his latest performance:  Removing.

In this piece, Soulier sought to explore actions motivated by a practical purpose such as hitting, avoiding or reaching. Unlike movements determined geometrically or mechanically, dancers shared a vocabulary of gestures with the audience. The result was a fascinating composition interlaced with organized solos and duos. Soulier’s gesture approach is always puzzling, questioning one’s perception and certainties. 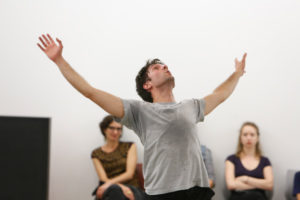 Born in Paris in 1987, Noé Soulier earned a Master’s degree in Philosophy at the Sorbonne and studied at the Paris Conservatoire, the National Ballet School of Canada, and PARTS in Brussels. As an artist, he explores people’s perception and interpretation of gestures through various media: choreography, installations, theoretical work and performances. In Mouvement sur Mouvement (2013) and Signe blanc (2012), he created a time lag between speech and gesture in order to examine their interaction in the development of understanding. In Petites perceptions (2010) and Corps de ballet (2014), the focus is on the intent and the dancer’s movement, and aims to identify the way the performer initiates the action, thus exploring the complex relationship between intent, action and meaning through body language and speech. In the fall of 2014, Soulier performed Movement Materials for the inauguration of the Fondation Vuitton in Paris and in 2015, showcased Removing around Europe (France, Germany, Finland, Poland, the UK, Austria).
Noé Soulier is affiliated with the Centre National de la Danse (CND), an institution located in Paris and sponsored by the French Ministry of Culture.

Presented by the Cultural Services of the Embassy of France in the United States in partnership with the Atlanta Contemporary Art Center, the City of Atlanta’s Office of Cultural Affairs and the Ville de Toulouse. 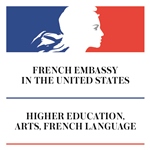 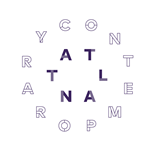