From October 1 to November 10, 2020, we celebrated the eleventh edition of France-Atlanta with over a dozen events centered on innovation and exchange and aimed at strengthening the ties between France and U.S. Southeast. Traditionally, France-Atlanta events are divided … Read More

The 10th edition of France-Atlanta, which took place from August 28 to November 20, 2019, featured over two dozen events in the areas of culture, science, humanitarian affairs and business. The 2019 program included great variation in subject matter, including … Read More

Hovering between experimental rock noise with contemporary aesthetics and an electro-acoustic sound, Loïc Guénin’s music refuses to adhere to a speci c category. His approach to sound and listening places him at the border between music and contemporary art.

Henri Dauman’s photography documents some of the most important events and personalities of the 20th century, from the Kennedys, Marilyn Monroe and Elvis Presley, to Buddhist priests in Vietnam and the Castro revolution. His images capture the American experience during the 60’s, 70’s and 80’s. This Holocaust survivor and self-taught photographer produced iconic images for the covers of TIME magazine, LIFE magazine, and various other publications.

The French performer and artistic director Duncan Evennou and the researcher Clémence Hallé will present the rst step of the trilogy Matters and their new research axes. 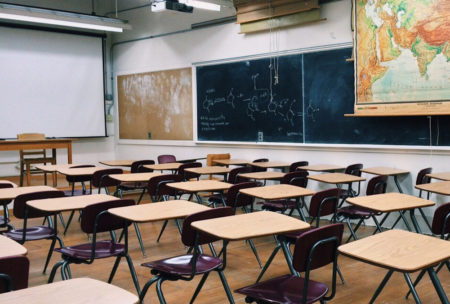 Representatives from Atlanta non-governmental and humanitarian organizations who use the French language in their profession will talk with area high school and university French classes about eld work in the Caribbean, West and North Africa, parts of Asia and other regions. The presentations will give students a broader understanding of humanitarian affairs and showcase how learning a second language opens exciting career paths at home and abroad.

The documentary film “Triage: Dr Orbinski’s Humanitarian Dilemma” follows the powerful odyssey of James Orbinski, a humanitarian, Nobel Peace Prize-winning doctor, and former head of Doctors Without Borders, as he returns to Africa to ponder the meaning of his life’s work and the value of helping others.

Clark Atlanta University Art Museum (CAUAM) artist-in-residence Guy Gabon will present a series of events that provide insight into her artistic production and conceptual practice. Gabon will host a workshop at CAUAM on work-in-progress projects drawing links to Clark Atlanta University’s historic collection of African-American fine art, the city of Atlanta, and women in the American and global South.